The new financial perspective of the EU in the field of development: what contribution from civil society and local authorities?

The first part of the seminar highlighted the change of direction of the Commission in the management of development funds through the description of the main points of the journey that began with the 2005 Paris until  the next ” Year of Development – a life of dignity for all” of 2015 through Accra Declaration ( 2008), the Busan Forum (2011) and RIO +20 ( 2012). The international commitments in these forums outlined a paradigm shift that the European Union did not hesitate to embed, absorbing the principles in Community legislation, mainly represented by “EU Consensous for Development” and the Treaty of Lisbon which will inevitably lead to a change in planning activities for the Commission. 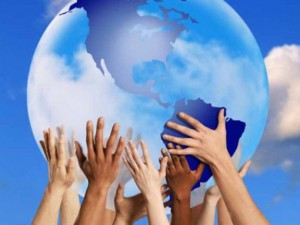 The lack of knowledge of civil society by the Commission produced policies from top to bottom, unable to solve local problems. The Commission understands that in order to implement successful multilateral policies within the development field, it is necessary to promote a “structured dialogue” within a framework of “multi-stakeholder”: the purpose is to promote and recognize a variety of agencies with shared responsibilities, thanks to procedures, methods and selection mechanisms that guarantee equal dignity, cooperation and reciprocity in partnerships. The Forum in Busan , lasted about two years and ended in 2010, involved more than 700 organizations, and produced the “Agenda for Change“. In Accra and Busan NGOs and local authorities were officially recognized as political actors strategically important, not just beneficiaries of loans, for the implementation of development policies. Moreover, RIO +20 has been an important step for the official recognition of “impact of globalization and interdependence between macro-regions, developed countries, developing countries and countries in transition in issues such as migration, environment and energy“.

The consequences of these agreements in the formulation of development policies are therefore:

The first step opens the problem of the recognition of CSOs (civil society organization) as key players in the implementation of development policies in third countries: direct funds to these CSO, together with those of AL (local authorities) will be at the expense of NGOs; in which countries this shift will happen is the principle of differentiation to tell us. The principle is based on a differentiation between countries with medium or medium – low GDP on the one hand and the rest on the other (still within the first tier countries that have a GDP higher or equal to 1% of world GDP). The countries in this group have shown high growth levels in recent years, reaching a significant share of the global economy and achieving high levels of internal institutional organization. However, despite these positive developments, in these countries there are still absolute higher levels of poverty and socio- economic inequality.

Taking into account these factors, the Commission has considered the possibility of a takeover of the funding that directly involves and empowers the AL compared to NGOs. Despite the recognition and praise expressed by Dr. Baglio directly towards the work of NGOs, the Commission considers appropriate to direct efforts towards organizations that directly represent people, whether AL or SC.

Despite the dissent, clearly expressed by the representatives of the NGOs in the courtroom, Dr. Baglio has very well justified the “paradigm shift” not only emphasizing the need to respect the international agreements listed above, but also explaining the reasons of economic efficiency resulting from this choice: in a very diplomatic and politically correct (necessary in a courtroom of a Ministry of Foreign Affairs) Dr. Baglio expressed the willingness of the Commission not to fund anymore in the same way countries that have an high growth rate so as, through a direct transfer of resources (Budget Support, currently equal to 40%) or indirect (NGOs) by the EU, to alienate the responsibility of the AL from the objectives of development and social inclusion.

The risk, according to the Commission, is that the AL will not develop a know-how and capacity-building skills in the areas of development taking advantage from external aid in order to concentrate efforts toward economic growth. Furthermore, according to the Commission, together with the AL, the CSO’s would manage more resources. Until now 60% of the funds were channeled directly through NGOs (which 60% are European), while only 40% went to CSO’s and AL ( until 2007 the ratio was 75-25 %).

The second point is closely connected to the first and it is targeted to the same countries of the first band: RIO +20 is the point of reference toward the official recognition of the importance of interdependence in strategic sectors such as migration, global warming, environment and energy, imposing a change of direction that leads countries with heavy economic impact to focus the cooperation in “multilateral way” with respect to the bilateral cooperation that is not considered the most appropriate tool to measure up issues globally.

The countries concerned are:

Although there was not discussion about the second tier of low-income countries, it was perceived that the management of the funding for these countries would remain unchanged, but still massively involving NGOs. In these cases, the Commission recognizes the NGOs more effective not only considering the high level of inefficiency and corruption in the AL or public’s sector of these countries, but it is believed that their increased involvement of the CSO’s can only take place through the protection of NGOs. No consideration has been made with regard to humanitarian aid.

The proposal of the DG is to increase the budget from 66 billion to 86 billion approximately, although the last European Council has decided to hold the increase in resources and reduce the variation of at least 16%. At that moment the institutional impasse is not only due to the friction between the Commission and the Council but also to the Parliament, jeopardizing the start of the 2014 funding; it was also feared the risk of a white year. The reasons for the institutional stalemate does not concern solely the amount of the budget, but also by the way in which the Commission decided to manage the funds: first, we recall the criticism by NGOs to the paradigm shift introduced by the Commission as previously mentioned, considering the pressure they wield on the EP, which Baglio has defined as a real lobby, and secondly, the Commission decided that, in many cases, the development programs will begin and will be integrated into national development programs. Both the Council and the EP, also motivated by the doubts of NGOs, underlined the possibility to face many problems of implementation and efficiency because of the little “domestic transparency and accountability” of the authorities of third countries.

Dr. Baglio tried to temper concerns ensuring that the Commission would heavily take into account the process of “enabling environment” that the AL will have to implement with all efforts raising the standards of independence outside (from the national governments), the internal professionalization, the empowerment of roles, and implementing a multi-stakeholder and multi-sectorial approach based on participatory decision-making processes. The CSO’s, in order to support this change in the AL must perform the following steps:

* Cultural Association Communia participated in the “Seminar of the Ministry of Foreign Affairs with Non-State Actors and Local Authorities” about “The new financial perspective of the EU in the field of development: What contribution from civil society and local authorities?”, which was held by Dott. ANGELO BAGLIO – Head of Unit – Relations with Civil Society and Local Authorities / DEVCO B2 – EU Commission.

Communia
View all posts by Communia →